Your clients are coming to you to produce them an awesome video, but here’s the thing – they don’t actually want a video, nope, it’s not the video that they want – it’s what the video will do for them that they’re really after, the result that the video will provide for their business. So, let me ask you something, as a video producer are you selling a product or a solution?

There’s an old marketing adage that goes something along the lines of – people don’t want a quarter-inch drill bit, what they want is a quarter inch hole.

But I reckon we really should take this a few steps further and recognise that people don’t want a quarter inch hole, they really want the solid fixing to the wall, so they can hang a shelf, which will finally give them the space to display their family photographs, to allow them to remember their grandfather who passed away last year through the only framed photograph they actually have of him.

That’s what they really want.

So as a video producer, when you’re working with clients to produce a video it’s important to understand and get clear on the underlying business goal that is driving the desire for the video.

And make THAT the focus of your approach. Sell the result, not the video.

Let’s look at it another way.

As a typical video producer you’re effectively paid for the content you create. Make video – get paid. Move on to make a new video. And so the perceived VALUE of that video is aligned to the act of producing that video. How many hours, how many people, how fancy is your camera…

Effectively – as a video producer you’ll often be trapped in the concept of ‘commodity based’ pricing. The video is your product, and your clients will pay what they think that commodity is worth in the market.

However – the paradigm shift that I want you to make here is that as a video STRATEGIST you’re positioning yourself as selling the SOLUTION – the content you create is simply the vehicle that will get your client to the result they desire. As such you can move away from commodity-based pricing and towards value-based pricing.

You’ll establish what is the ‘value’ that this video marketing strategy will have for the business and be able to position how much your client is willing to pay based on that.

Is there potential for the video strategy to drive 10 new clients a month, and each new client is worth $1000 to the business? Then that’s a sixty thousand dollar win for the business. So – with that in mind… how much might they be willing to invest?

It’s a different conversation… and let me tell you. It’s a much more effective one.

So if you’re in the business of selling video production to your clients. I want you to stop, and recognise that it’s not the VIDEO that your client wants … They might think they’ve come to you for a video, but now it’s YOUR role to ask the right questions, to dive deeper and help them understand what they really want from the video and how the right video can get them there. (the SOLUTION)

It’s about making a transition from ‘just-another-video-production-company’ to becoming a confident video strategist.

And it’s a game changer. 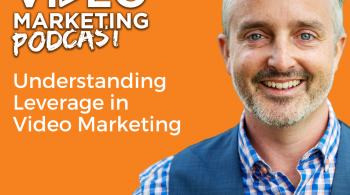 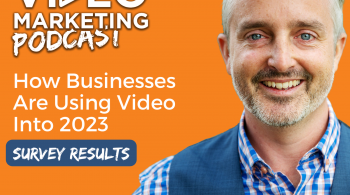 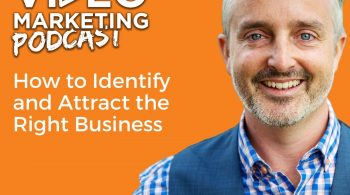