Back in the 1920s psychologist Kurt Lewin, noticed something that he thought a bit odd.  When attending his favourite restaurant and watching the waiters work. He began to see a pattern in which it seemed that when orders were unpaid, tabs still open, the waiter had a better ability to remember what the order consisted of. However, after the completion of the task – after everyone had paid – he was less able to remember any more details of the orders.  So, why was that… and what did Mr Lewin and his colleague Bluma Zeigarnik do about it?

So – about that forgetful waiter?  Well, the thing is that what Lewin was noticing is actually just human nature. As humans we have a natural tendency to better remember things when a task remains open, or incomplete.  This is called the Zeigarnik effect (after the colleague who led the study) – but I prefer to refer to this as the ‘Open Loop’ effect.

And it can be a powerful tactic to use when creating video content that sticks with your audience, and that your audience sticks to longer. AND it’s a tactic that the best YouTubers are using time and time again… which I’ll explain more later in this video.

a task once started creates a sort of ‘task tension’ in our brains, and that tension leads to better recognition of ideas relevant to the open task. Which is only resolved once the task is completed.

This task tension also results in a need within us to resolve the tension and close the loop. The open loop effect has been in widespread use in filmmaking and storytelling forever. You know it — when someone tells the start of a story you just have to know the ending, right?  Or the age old tactic of using cliffhangers in tv serials to get you to tune back in next time. Same bat time, same bat channel… to see what happens next.

So how can we make use of this in our video marketing?  Well, it can be as simple as opening up an idea using open ended questions or leaving some things unsaid… as a result our natural human curiosity kicks in big time and the audience is left thinking;  “I want to watch this because I want to see what happens next, or “I’m really intrigued as to what that is about” or “I have to watch this because I need to know the ending so I’ll have to keep watching.”

There are two really simple ways to inject open loops in your video marketing to tap into this effect that you can start doing right now.

Let’s break these two down further.

#1 – The title of your video and the thumbnail.

Depending on your publication platform this is usually the critical gateway to getting your videos seen, and by injecting open loops in here you can create in your audience an insatiable desire to click… and that is video strategy gold.

Consider how the title of your video leaves your ideal audience feeling once they read it. Are they wanting to know more? Does the title open up a thought process for them, or create desire to take action and click play?  With your thumbnail – can you use visuals or text in your artwork to tap into human curiosity or set up a story that needs a conclusion?

Assuming your title and thumbnail got them to click play – how do the opening seconds demand that they keep watching?  Some ways to create open loops here could be by telling a story, or raising a question, perhaps introduce a new idea, or tease something to come later in the video.  This can be done either visually, or through your script or even using text on screen?

A particularly popular moviemaking technique that is often applied by the best YouTubers for example, is all about starting your video ‘in medias res’ – which is a fancy latin term for ‘in the middle of things’ where we see the opening shots right in the thick of some sort of action, before returning back to the start and going from there.  Now we just have to watch and see what happens!

The thing is, whether you’re creating open loops deliberately in your content, or subconsciously I can guarantee you that by being more conscious of this tactic in your content creation and actively looking for ways to engage your audiences better through creating desire to close the loops then you’ll be creating more engaging content that keeps people watching longer.

« Previous Post Why Establishing Expertise, Authority, and Trust is So Important in Your Video Strategy Next Post » How to Use Video for Conversion, Activation and Advocacy with Matt Barnett 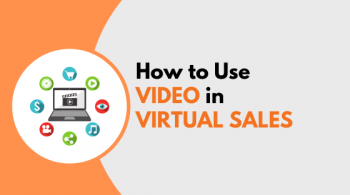 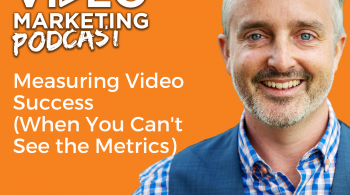 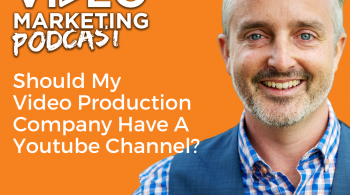